NAV was developed at the Norwegian University of Science and Technology (NTNU). Development started in 1999. It originated as a collection of scripts used internally at NTNU's ITEA Network group. In 2001 UNINETT became interested in its development, and has since been funding NAV development at NTNU on behalf of all universities and colleges in Norway.

As of 2004 NAV is made freely available under the GNU General Public License. NAV runs on a unix platform, software packages are currently available for Redhat, Debian and FreeBSD. 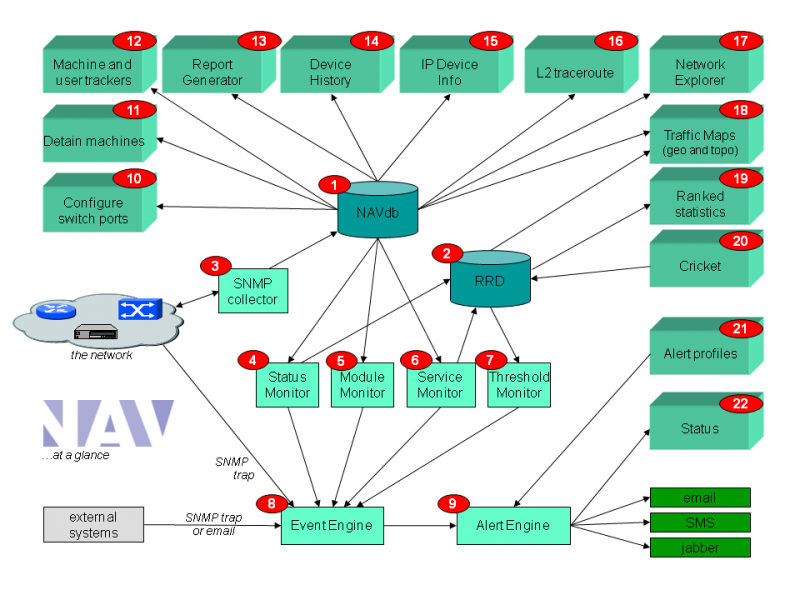 NAV is developed by network engineers with years of experience, operating large campus networks. NAV development has been going on for more than five years. Our priority has always been; implement the feature we lack most first. The overall objective has been indisputable: