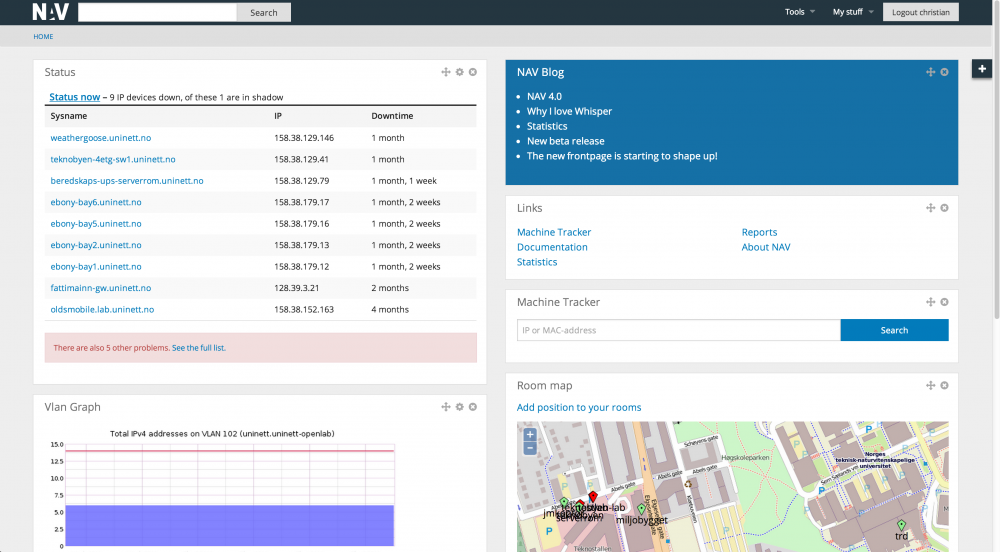 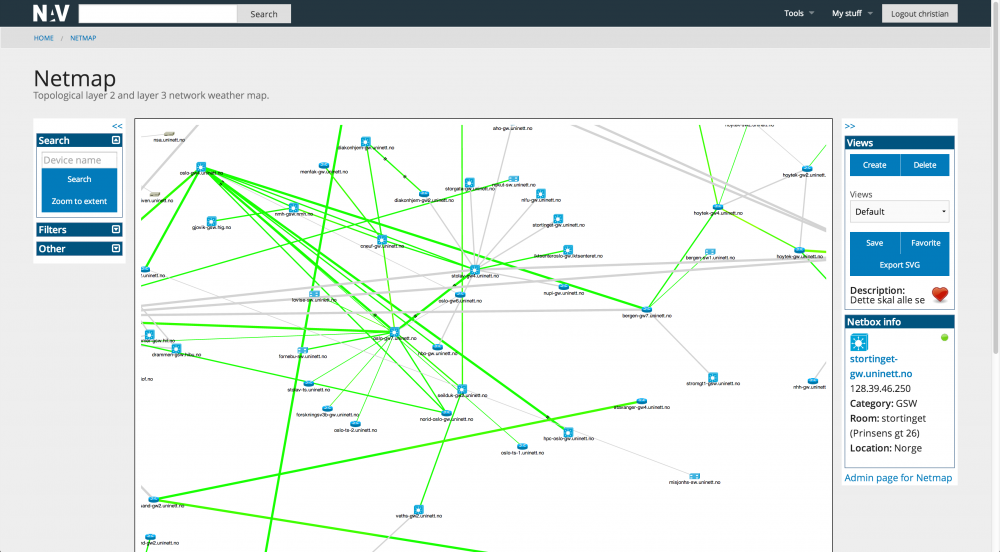 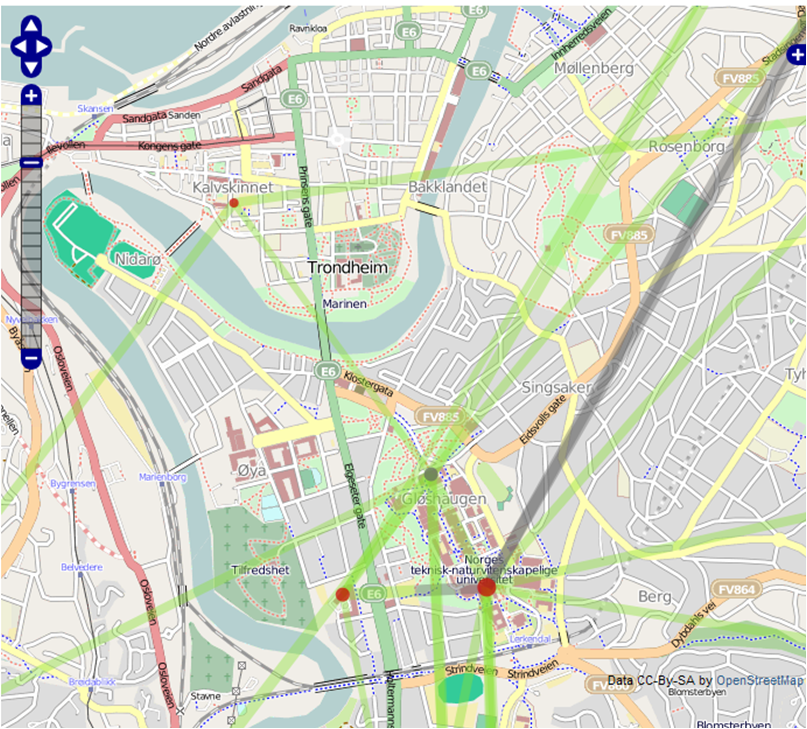 The network explorer complements the traffic map. It does not show load, nor does it show layer 3 topology, but it has a superior overview of the layer 2 network. You can explore the network by clicking on a router interface or switch port in interest and thus open a new branch to the tree. You may also search for a node in the network. You may do searches as well, for example for an entire vlan, or all equipment in a room/area and more. 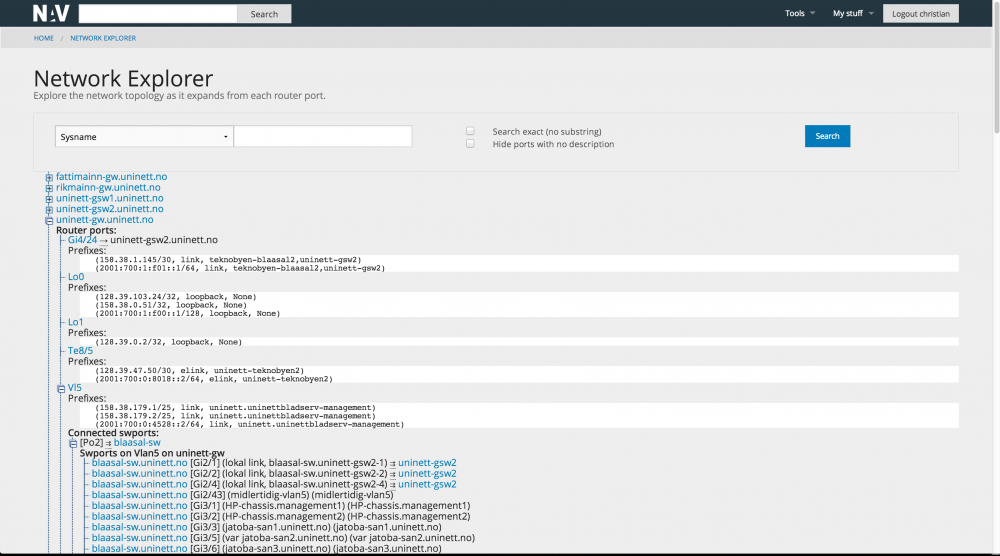 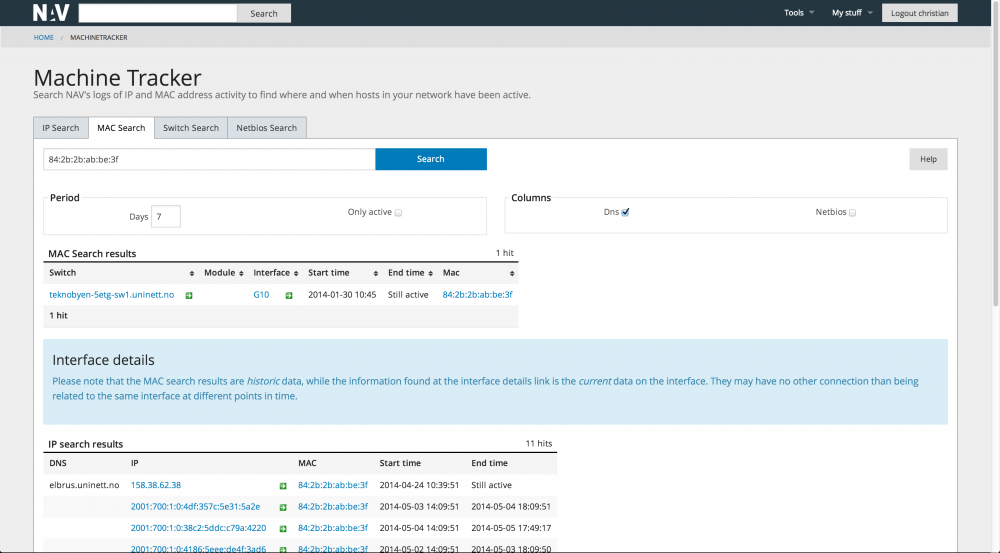 NAV does not use Cricket anymore 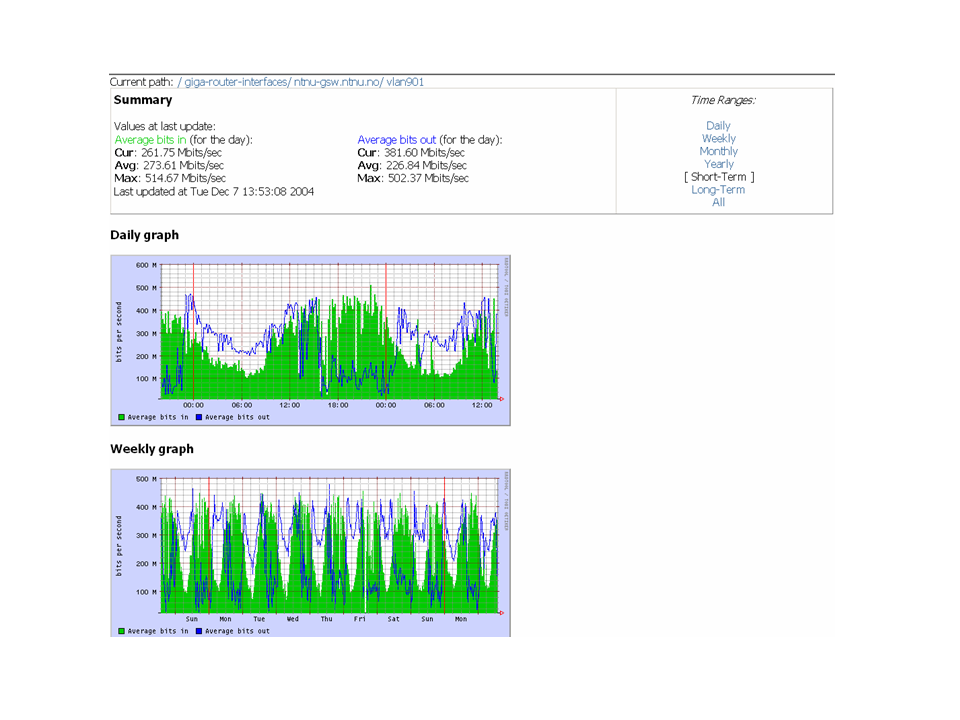 IP device info summarizes most of what NAV knows about a single IP device (or arbitrary IP address within your network) on a single page. 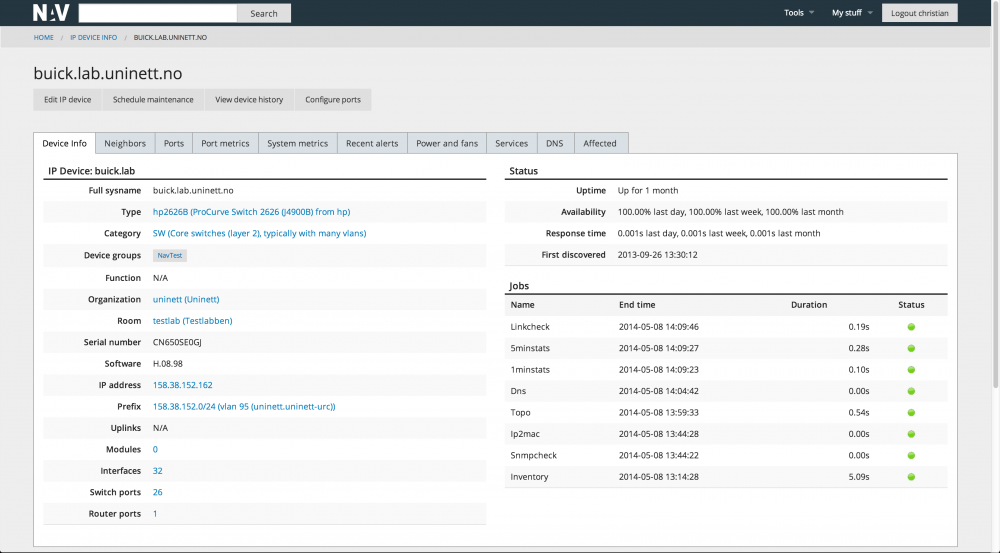 Switch ports and router ports on devices are displayed in a graphical fashion, grouped by modules. 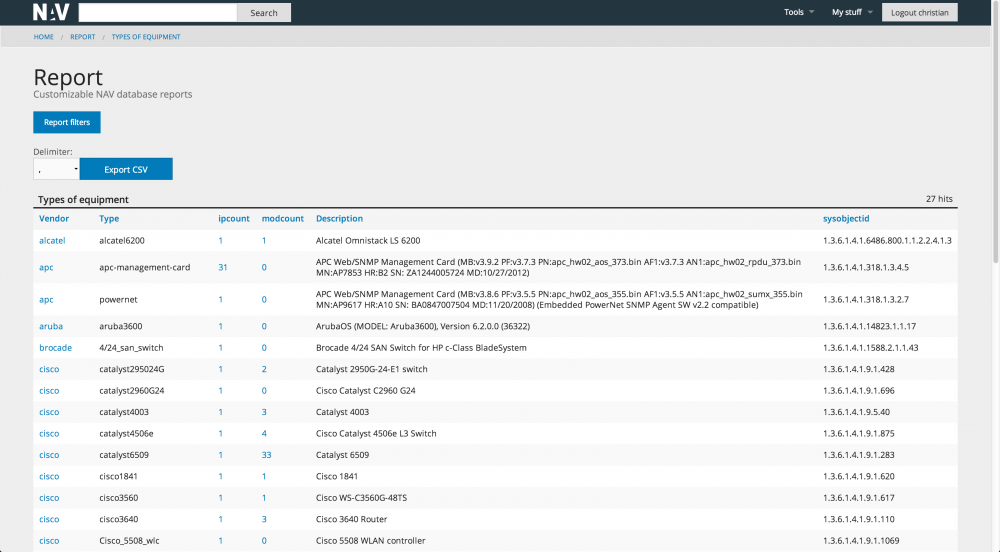 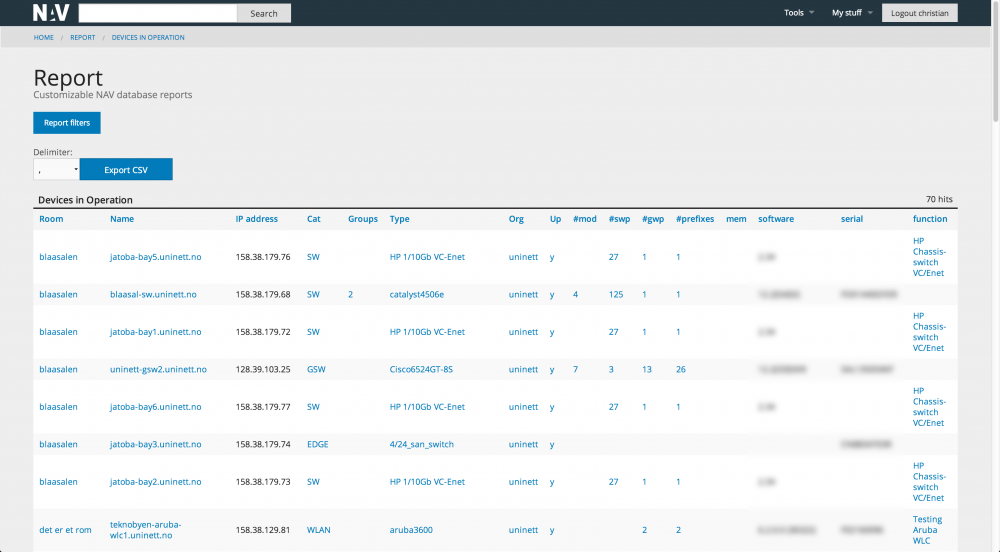 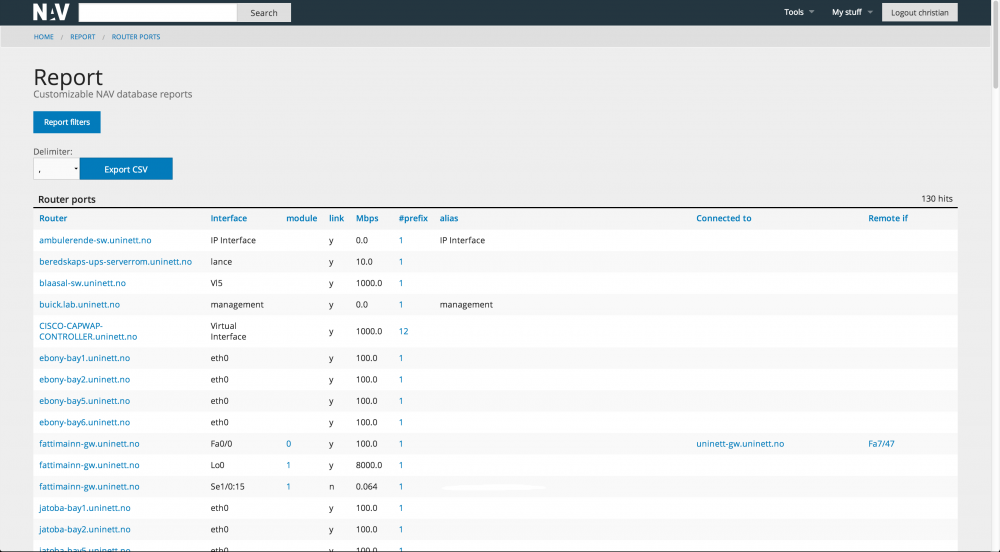 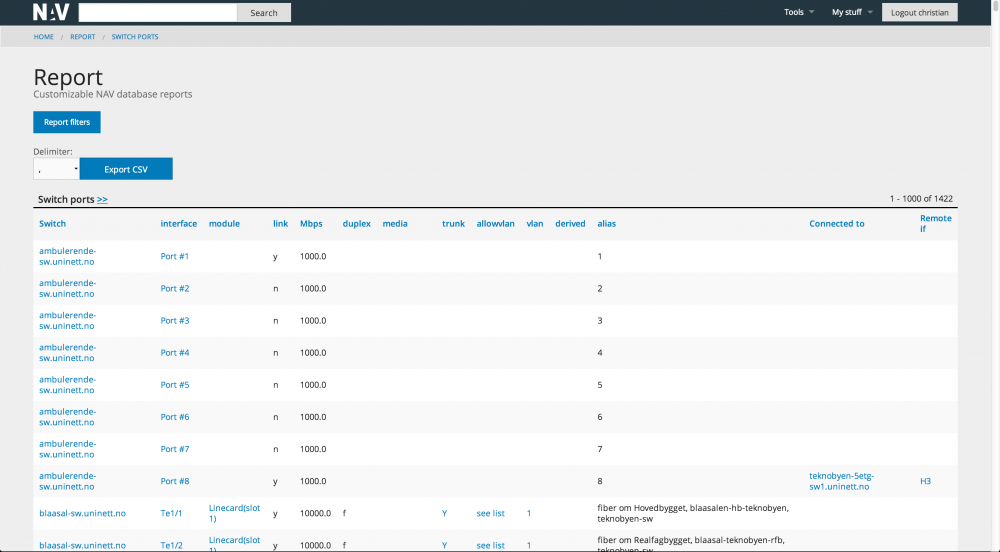 For large networks the task of maintaining the total IP address scope may be a challenge in itself. It is useful to have an overview of all the subnets in operation, and what's more, how full they are, i.e. how many machines do they contain. NAV introduces the subnet matrix that gives an excellent overview on a single page: 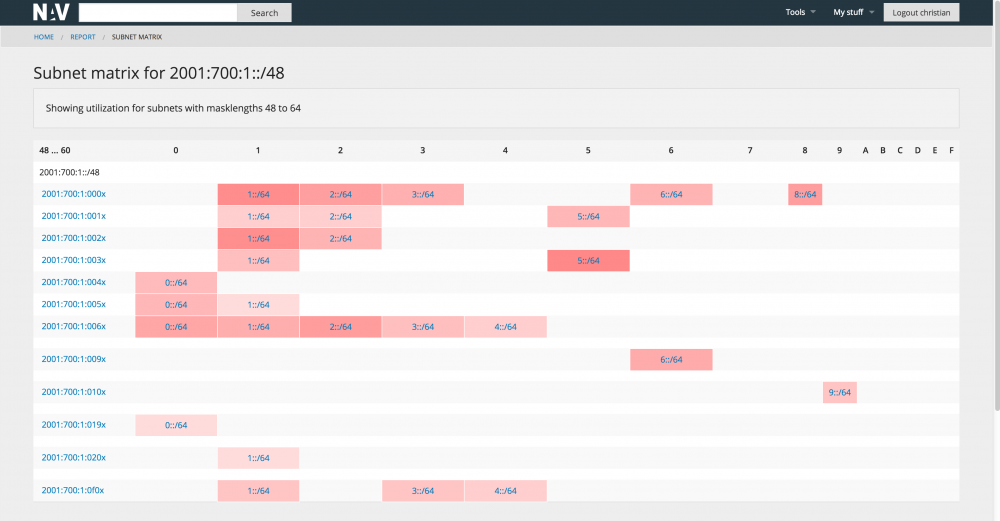 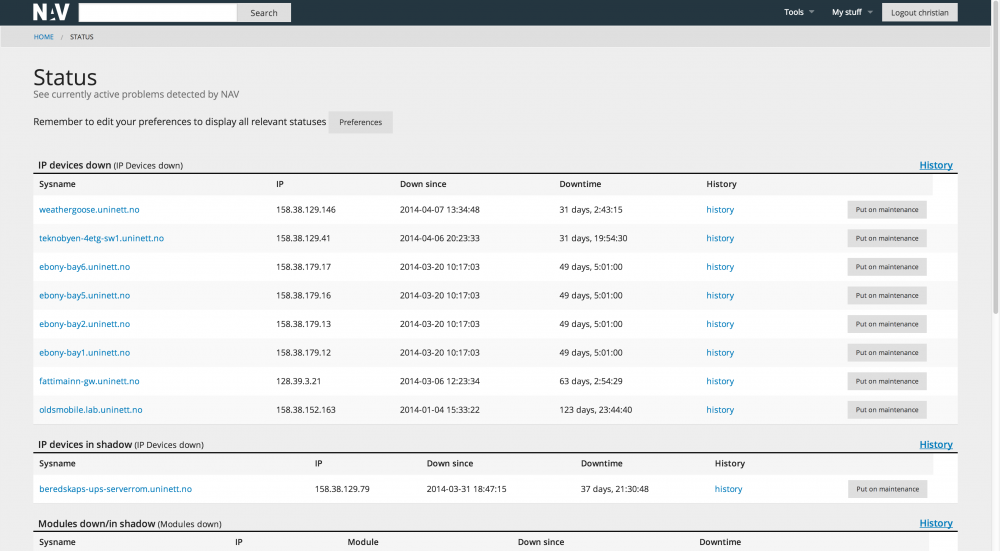 The screen shot below shows an archived message:

The screen shot below shows an archived maintenance task: 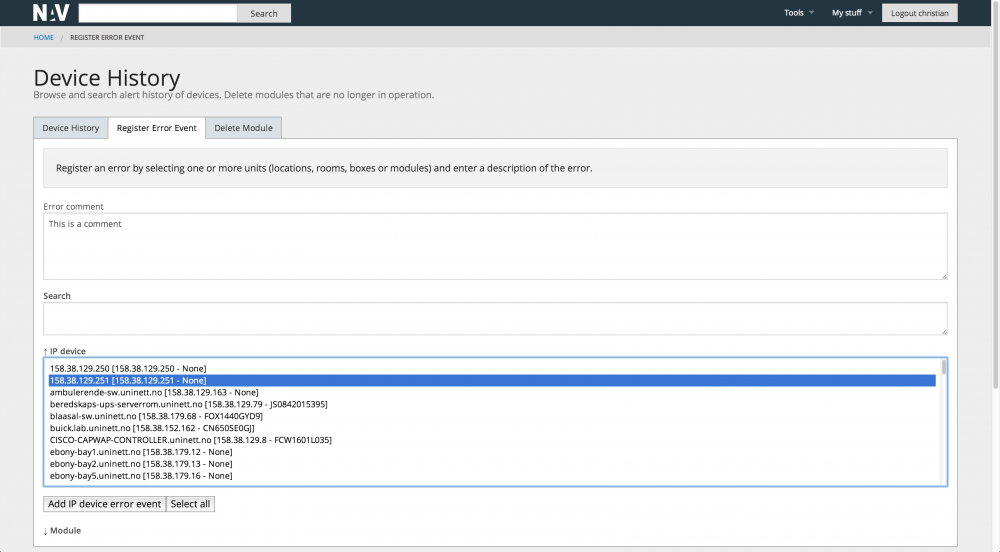 We may for instance have repeating error occurrence for a device, where fixes are done by different staff. Device history then serves as a place to get the overall picture.

NAV does not fully autodiscover the network. You need to seed the database with key information, the most important being the IP address and SNMP community string of the devices you would like NAV to manage. The home page og the seed database tool looks like this: 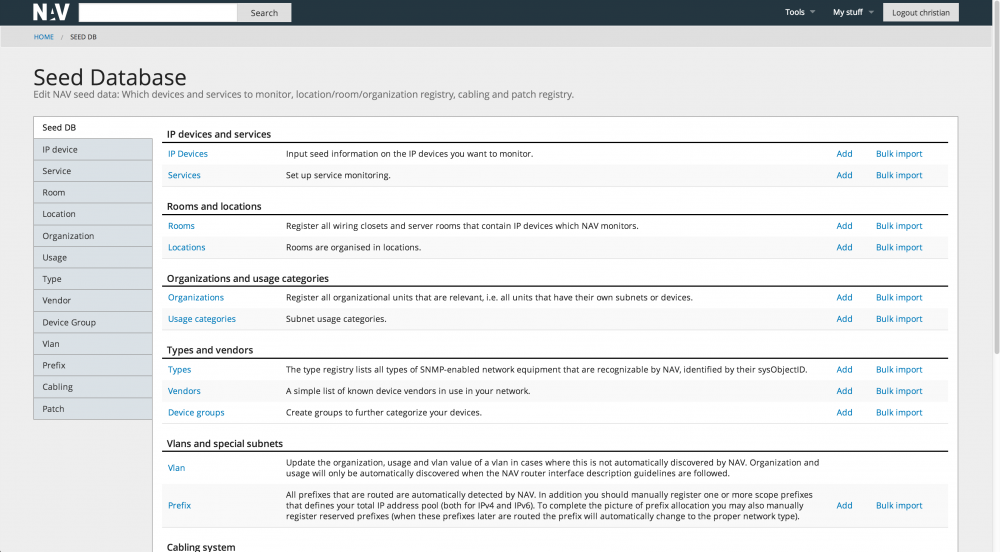 Below follows an example of the form used to add a new box (ip device) to NAV. Note that we allow bulk import of seed data from a text file format. This is useful if you have a large number of devices in your network. 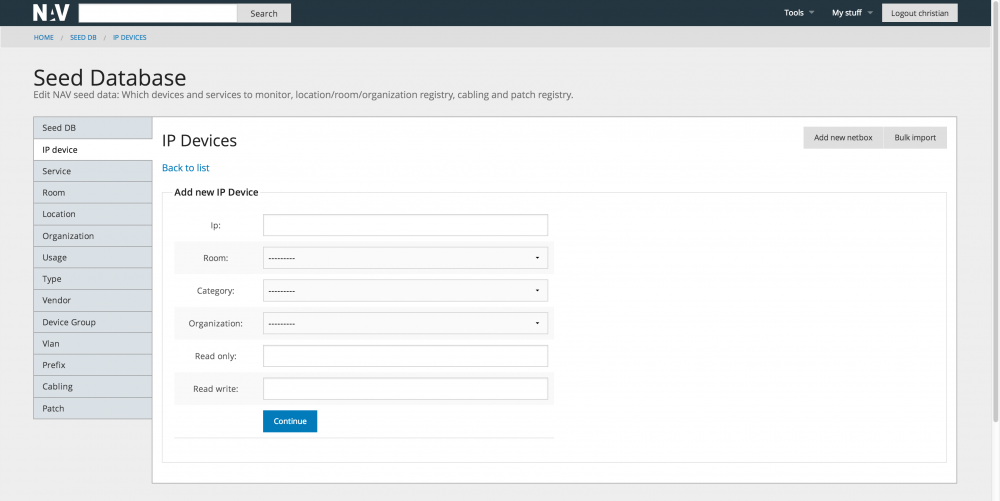 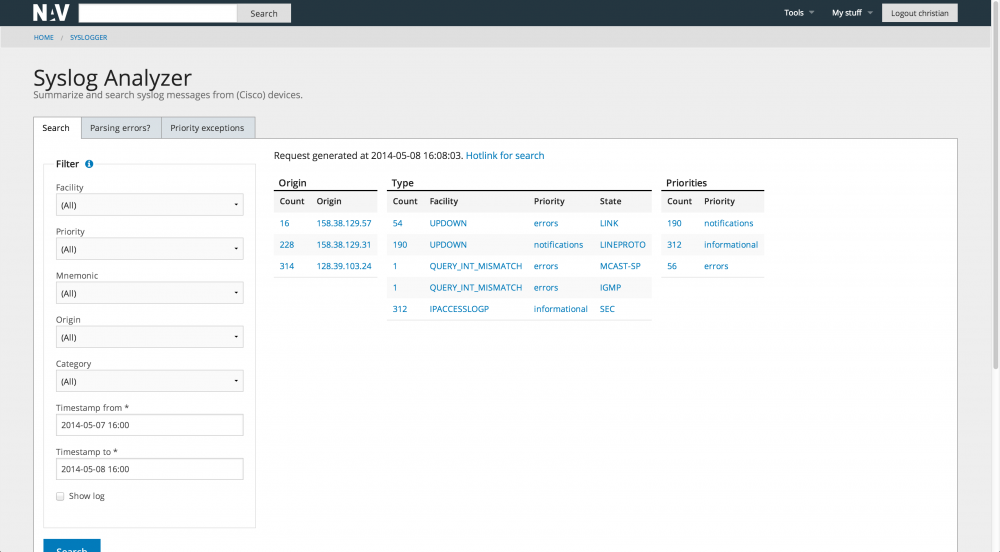