This information is here for historic purposes and is OUTDATED.

The Traffic Map was a component of NAV versions prior to 3.5. Version 3.5 through 3.11 featured a replacement called Netmap. These were both implemented as Java applets. NAV version 3.12 and later feature a new Netmap implemented in Javascript using modern web standards such as HTML5 and SVG. 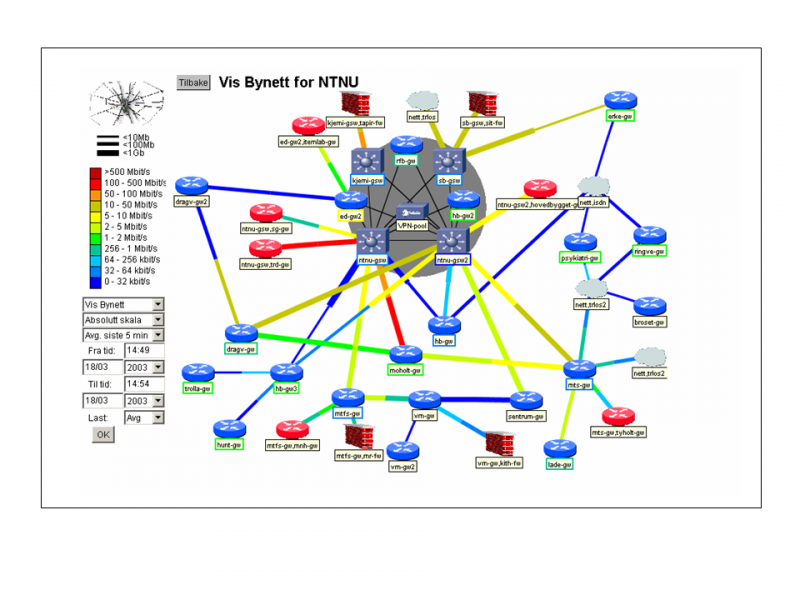